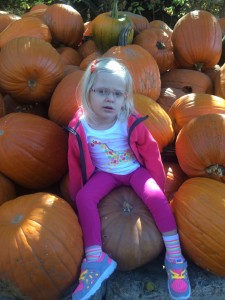 Happy Halloween to everyone! This isn’t quite how we planned to spend Halloween this year, but as we’ve learned the over the last few years things don’t always go as planned.

Overall, Emma had a little better day yesterday than she did on Thursday. Emma continued to need oxygen all day yesterday and at times had to have it turned up to one because she had several instances where her breathing became pretty shallow and labored. It is so hard to watch her struggling!

Yesterday brought more discussion from the doctors about what is going on and why she seemed to get better on Thursday and then worse again. After much discussion the oncologist on the floor this week went down to radiology so she could get a definitive answer on what the new spot on the x-ray was. It was finally determined that the spot was the butterfly clip from her port. She had been turned just a little differently on the second x-ray allowing it to catch the clip in the picture. So at least that was good news.

Because her x-ray from Thursday night showed more fluid around her lungs and increased cloudiness they called pulmonology for another consult and this time time they sent down the head pulmonologist. He said he is unsure if she has underlying asthma issues or not, but she is certainly struggling with the respiratory virus. He said based on her x-rays what we are doing isn’t helping enough and that he would recommend adding an oral steroid for about 3 days to see if that can relieve some of the inflammation and allow her to breath a little easier. He said we will know very soon it if is helping. They also decided to give Emma a dose of Lasiks yesterday to try and reduce the amount of fluid around her lungs. They are hoping doing these two things will allow her to breath easier. 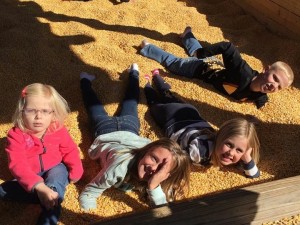 Crazy kids playing in the corn at Vala’s.

Emma had a pretty good night last night and got some decent rest in between vitals checks and breathing treatments. This morning her temp has been a little low which they don’t know what has caused that. They also completely shut her oxygen off for about 40 minutes his morning. Her oxygen levels stayed above 90 for about 25 minutes and then they started hovering around 90 and setting off the alarms. The Respiratory Therapist and nurse were both happy with this, as it is by far the longest she could maintain her oxygen level on her own in several days. They are hoping after her breathing treatment this morning she will be able to tolerate being off oxygen again for a little while. It sounds like we will be here until she can prove that she can maintain her oxygen levels her self without any oxygen.

We also talked with Dr. Chi in Boston yesterday. She said it certainly sounds like she has a respiratory virus and that since she is on oxygen and doesn’t have clear lungs she is unable to do an MRI right now. Her recommendation is to call her back and set up a new date to scan once Emma has been discharged. She would like to look at scanning in 6 weeks after her next cycle of chemo. We asked if it was ok to wait another 6 weeks to scan and her feeling was that if we aren’t seeing any side effects that could be caused by the tumor that there is no reason to think it has grown significantly. She said since her last scans were stable and we aren’t seeing side effects she thinks it is better for Emma to wait to scan until her lungs are clear. She also said it could take several weeks for her lungs to be clear enough to safely scan. She felt her blood counts should stabalize again once we get this virus under control. So I guess now we start trying to get everything rescheduled!

We would like to say a huge thank you to all of our family, friends and our families at Carriage Hill and Bellevue East who have been so supportive this week. We can’t thank you enough for the meals, helping with Aiden and picking up our extra work while we have been gone. We are also so thankful for all of the messages we have received from so many of our friends. These messages mean more to us than you know, and help to give us strength when we are feeling down. We are so incredibly blessed to have so many people supporting us and fighting right along with us. Thank you!!! 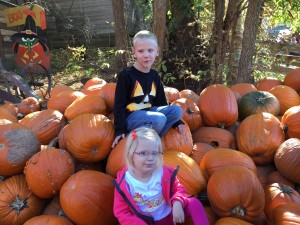