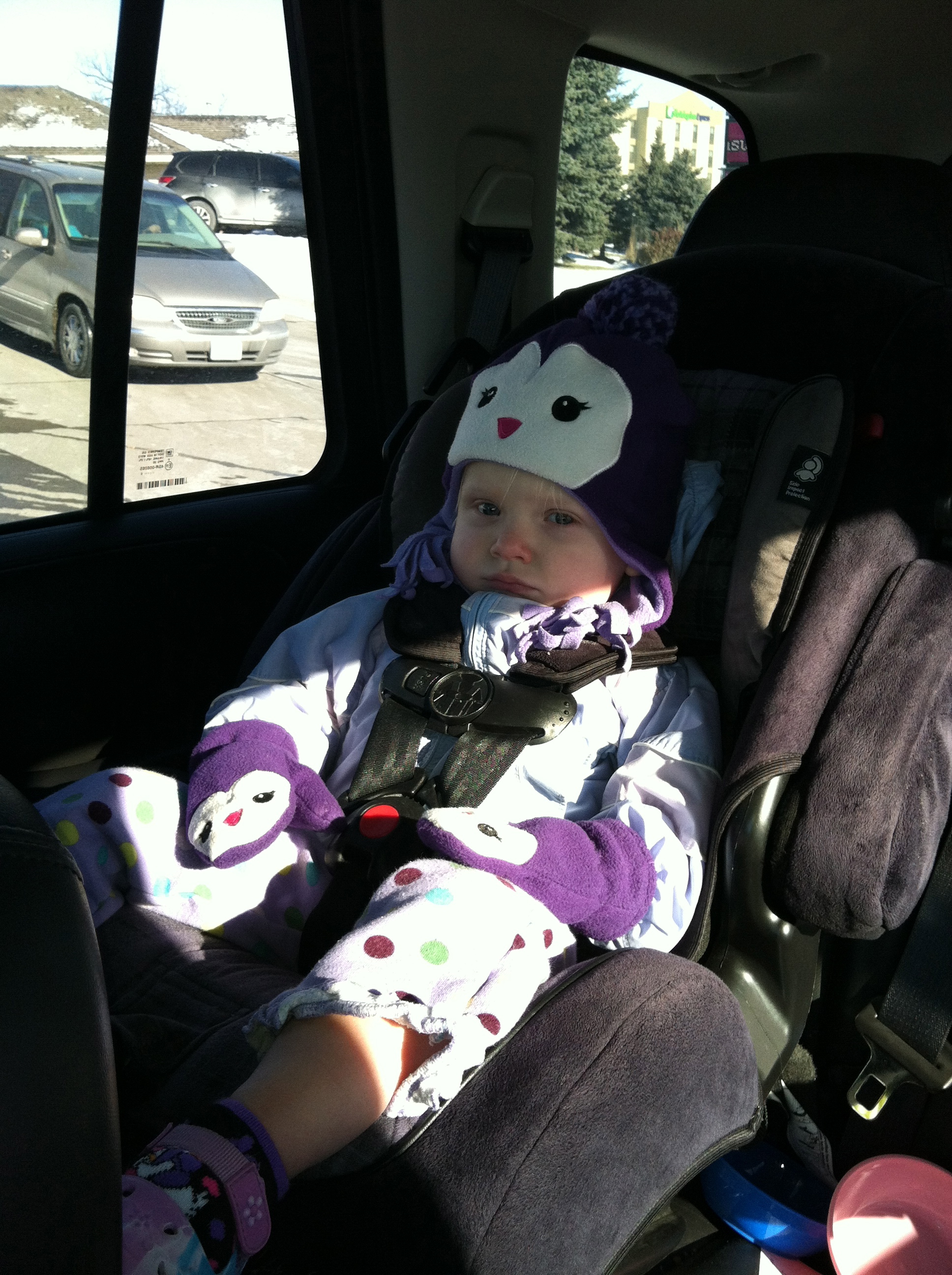 Good news, Emma got to come home on Wednesday afternoon. When she got admitted we had hoped she would only be there a day or two while they rehydrated her; however, while Emma was in the hospital she pretty much quit eating and drinking, and she couldn’t get discharged until she could prove she could stay hydrated without IV fluids. It was a rough week for little Miss Emma. She really didn’t feel well the whole time we were there. Emma was very tired and crabby and didn’t want to do anything but be held. The doctors feel that she had a GI bug before chemo two weeks ago and that she hadn’t quite recovered completely from that, so when they gave her chemo it was just too much for her body and just wiped her out. Monday and Tuesday she only drank 3 ounces, which wasn’t enough to go home; however, the doctors weren’t sure what else to do with her and they hoped she would eat and drink better once she got home. Emma got up on Wednesday and ate 4 ounces right away. They discharged us that afternoon, and Emma has been doing better each day. She is drinking and eating better now, but you can tell she still doesn’t feel 100% yet. Emma is still not her normally happy self who loves to sit and play. She is still pretty whiney and wants to be held. We are hoping this week will bring better days for Emma and her happy disposition will come back.  She goes back to chemo on Tuesday, so please pray that her body is healed and that she is ready for the chemo so that we can do the treatment and that she is able to tolerate it this week. We really don’t need another week long stay in the hospital. I really don’t know if Brent and I can handle another hospital stay again so soon. Please also pray that the protein in her urine is less than it was two weeks ago, as it was pretty high then.

I would like to say we had a nice uneventful weekend, but Brent hasn’t been feeling well and was actually in the ER twice yesterday. After several tests they finally concluded that he has sinusitis. Evidently his right sinus is severely infected. He has quite the assortment of antibiotics and medications, so hopefully he will be on the mend soon. We want to say a special thank you to everyone who helped us get through the weekend. We hope everyone had a great weekend and thanks for your support!! Emma Strong!